Behind every work programme, amazing people are committing much time and energy to build better for others. 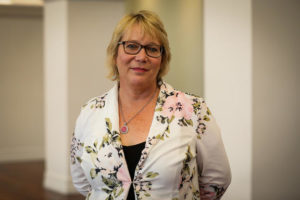 The Honourable Tracey Martin is one such person. Tracey Martin is The Independent Chair of the Wellington Regional Leadership Committee, and she has lived up to a key lesson of her upbringing, to “get involved” throughout her life. Most recently Martin has served as Minister for Children, Seniors, Internal Affairs and Associate Minister of Education from 2017 to 2020. She now holds various board roles, and is currently leading the Establishment Board creating a new public media entity.   On 9 November 2020, Martin was granted the title “The Honourable” for life, in recognition of her term as a member of Te Komiti Matua o Aotearoa – the Executive Council.

Throughout her career, Martin has made real progress on complex issues, often falling into the role of negotiator or mediator between parties, due to her ability and tendency to listen, encourage the sharing of views, leading to trust and the building of strong relationships.

In your own words, what is the purpose of the Wellington Regional Leadership Committee?

The purpose of the committee is to provide the region with a single touch point, to bring councils, government and importantly iwi together, to get an agreed platform around growth and economic development.   To support each other on individual projects that inturn support the region and  provides government with a collective voice of agreement when they want a view. As a region we need to input into government policy or workings, particularly in the areas of growth and economic development, to provide that collective ability to access government funding and resourcing.  Pulling together so that we all work together to access things in a better way and provide a single voice.

How well do you think the region collaborates?

Up until the formation of the Committee, in June 2021, it was a bit dog-eat-dog; with different cities competing for the same resources and government support, and a bit of trying to out-do each other, which split the region’s voice.

This collective leadership concept has been worked on far longer than my time in the seat, and there was definitely the need for a few conversations with some members to redirect the split voices into one, or we really wouldn’t get the outcome we want.

Bringing iwi leaders from across the region into this committee to sit at table as equals is a big step, not just for this region but for all regions with similar joint committees.

What helps and what gets in the way when working with the trade-off between individual versus collective benefits?

I think what gets in the way is that concept of being an elected representative for a group of people. Some elected officials think that they have to constantly  fight for their people to be at the top of the tree. The response is that it’s not that we don’t hear your project or see your need, but nothing works in isolation,  how does doing this project over here, interweave with other activities in the region, how can we act collectively   to address your need as well as this other group over there.

An example of that is, if we can support and lift iwi with regards to economic development and housing across the entire region, everybody wins.

This concept is the biggest barrier to collective benefits, and will worsen as we head towards the election, because of the pressure from ratepayers for their elected officials to justify and fight for them, ratepayers in one area may not see the bigger picture – we need to do better in this area.

The counter is to get people to agree that we should all rise together.

How well do you think citizens understand the issues and choices that there are and how these affect their lives in terms of what leaders do day to day?

This leads to their sense of frustration that stuff is, “done to them” and that they have no power. The reality is that the majority always have power, either through their vote or submissions, but most are too busy living their lives to read this ginormous growth framework document, understand how it affects their neighbourhood etc, so most people don’t have great understanding of the work that’s done and why it’s done that way and how decisions are made.

Every time there’s a local government election, the person who says I’m going to cut your rates is the person who doesn’t understand how services are delivered to ratepayers,  it shows a lack of understanding about what has to be paid for.

What could we do to improve ratepayers understanding of how local government works?

When I was a politician, I used to do a video every morning about what I was doing in my day.

In plain English, not trying to be anybody else but who I was, “today I’m at the airport, to fly to Brussels to represent New Zealand at the international parliamentary union – it does these things, this is the topic we’ll be talking about, and this is NZ’s perspective that I’ll be sharing on that topic.”

I think this is much more effective than writing long documents, because people are either too busy or not literate enough to read them, and they’re full of jargon and acronyms.

A better way we could communicate what we’re doing is just a five minute video about what we’ve been doing today– we’ve been working on this, it does this, and people will get the opportunity to have a say on XX day.

What helps is being able to be honest about, either: what is the fear, or what is the preferred outcome; and being able to articulate those without judgement amongst peers. Once we have a clear idea of what each party or groups want, then we can sit down and say – is there a way we can all get what we want or need, acknowledging that we might not be able to do it all at once. You don’t have to compromise often on what you want to achieve, but sometimes you just have to compromise on the timeline to get there.

For example, when iwi talk about housing, they can often feel pulled into a vortex of other people’s way of looking at housing; that everyone has their own house. Iwi are asking, how do we get our voice heard, as an equal or a priority – because that is not necessarily what housing is to us.

What are some things we could do right now to improve how the WRLC works?

Honest dialogue
For me it’s about the workshops and the honest dialogue between all members of the committee around a topic before it goes to an official meeting.

Official meetings are deliberately designed to be very static, to present information and have it absorbed, and have recommendations. Little dialogue needs to take place because the papers should be fully formed, agreed, and we move on.

Workshops are the place where we can have honest dialogue. I’d love the ministers or associate ministers to attend more, to participate in their respective areas, such as housing and transport, because they’ll hear the issues directly and be able to talk more freely with the committee members.

Iwi capacity
A second thing we could do better is to better resource our iwi partners and their participation. It’s not as simple as throwing money at them, it’s a human resource issue, requiring us to work in partnership with them to find a way that works for them. We need to ask how we can map across our piece of work, their aspirational documents, which capture what their people want done. We need to find the connections to our work, so that Iwi CEO’s, for example, can just focus on the part/s of our work that aligns with their aspirations, because their time is limited and should be used where their people want, and in a way where our work programme is assisting them to deliver to their people.

Part of what has been the issue in the past is that pakeha have gone in to ‘help’ iwi, saying this is the “right” way. We can’t, we have wait for them to tell us what they need to fully participate , and then work to provide what they ask of us.

It’s the amount of what they are asked  to do that isn’t resourced, while council might have paid planners and engineers etc, fully paid to provide advice, iwi are often working with volunteers who have full time jobs at other places. Their participation on the committee and similar entities, are not full-time jobs, these are extra things they’re doing for their people, alongside their full-time jobs.

Also, with Māori, one doesn’t speak for all – so even though they’re an iwi representative, they’re not in a decision-making role but a conduit role so demanding an immediate decision at a meeting more often than not isn’t going to work.

What is your ultimate vision for WRLC?

I’d like members to be confident that they can articulate with honesty and be straight up, that they can say, “this is something our area needs, that we want support for, how does this fit into the bigger picture”.

I want each of them to be able to see themselves Inside what the success plan is for this region,

and I want government to always think, when they need to know what the Wellington region wants or can do, “we’ll go to the WRLC”.