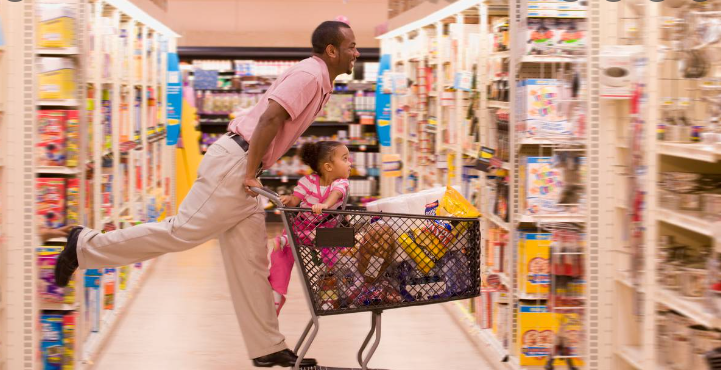 A substantial report has just been released that looks at the environmental impact and nutritional value of our food.

Published in the August 2022 edition of the Journal of Proceedings of the National Academy of Sciences of USA (PNAS), authors Clark, Springmann et al. analysed data from more than 57,000 food items available in UK and Irish supermarkets, the authors concluded that, generally speaking, nutritious products are more environmentally sustainable.

While the words of food activist Michael Pollan spring to mind “don’t eat anything your great-grandmother wouldn’t recognise as food”, eating ‘plain’ food such as meat and cheese did not score well on these new measures.  Pollan’s great granny may have recognised meat and cheese as food . . . but this may be an outdated way to judge what is actually ‘good’.

As consumers we are faced with a number of choices when we enter the supermarket – what we need, what we can afford are the priorities but there are always other considerations.  Are food allergies a concern?  Are there religious or cultural needs to be addressed?  Are social values, such as concern about animal welfare, organic, or sustainability deciding factors?  Navigating our way around a supermarket armed with shopping lists, wallets and our personal concerns and preferences is daunting.

There are a number of environmental certifications available for food vary in defensibility – some are administered by the industry body to which the food producer belongs and others are well-meaning NGOs.  It is easy to be cynical of industry groups who have a vested interest in keeping their industry buoyant and who depend upon subscriptions from members (the ‘don’t bite the hand that feeds you’ scenario) and who, therefore, are less likely to take a hard stand on certification.  Similarly, the often under-resourced NGOs struggle to undertake research and police use of their certifications.  This is not to say that all labelling is not worth the sticker that it is printed on, but it is important to ask who stands to benefit from the certification: is it the consumer, planet, or industry?

Along these lines, I read this new report with interest.  The authors had accessed a considerable volume of data.  Most food is composed of more than one ingredient and so analyses needed to include the nutritional and environmental impact of each ingredient and then the product as a whole.   However, the exact amount of each ingredient in a product is rarely known (manufacturers tend not to give away their recipes). In fact, only around 3% of the over 57,000 items had full ingredient information.  The authors developed a model based on best available data to first work out components in the food products before the environmental impact could be calculated.

Four environmental indicators were used – greenhouse gas emissions, scarcity weighted water use (this takes into account the amount of available fresh water), land use and aquatic eutrophication potential (or, the increase in aquatic plants caused by over-fertilisation).    One of the limitations of the study was that the authors didn’t look at the country of origin of ingredients because this wasn’t available for most products.   This may have resulted in an under-estimation of the environmental impact of some food items.

The results were interesting and one of the conclusions of the study was that there does not need to be a trade-off between nutrition and environment for food.  Generally food that was nutritionally good also scored lower on the environmental impact scale.  It was a different scenario in the drinks aisle, however, because many of the sugary drinks scored low on environmental impact (because they were largely comprised of water) but were obviously less nutritious.

One of the more controversial findings is that less processed foods (such as meat) scored poorly on environmental impact and was mixed on nutrition.  This is where a conversation about whole diet needs to occur and the authors did acknowledge that being able to include portion sizes in this analysis would be extremely helpful.   Other foods scoring poorly on the environmental scale (having a higher impact) included nuts and dried fruit, deli meats, cheese and coffee.

The authors categorised products into aisles and it was the aisles for goods such as breads, vegetables, meat alternatives and soups that scored the most favourably; that is, more nutritious with lower environmental impact.  While Pollan advocated shopping the peripheries of supermarkets and staying out of the middle ‘processed’ sections it would seem that when looking at what we eat from both a nutritional and environmental perspective we may be justified in pushing the shopping cart into the core of the store.

Helen Darling has a PhD in Public Health and has been working in food systems for some time.  She is a founder of both Sumfood, a New Zealand start-up that is reimagining food systems for the benefit of people and planet; and InstatData, which ethically and legally provides big data insights.