Under clear blue skies in Whanganui-a-Tara on the morning of December 9th, WRLC, UDINZ and Kāinga Ora co-hosted an Urban Development insights breakfast meeting, an inaugural meeting designed to strengthen relationships between councils, central government, iwi developers, architects and other stakeholders involved in development work, and to discuss key aspects of our upcoming work programme.

This meeting was the first in a series of broader ongoing conversations needed with diverse stakeholders from around the region on the Future Development Strategy (FDS), and other projects that impact the entire region.  The success of the FDS and WRLC’s other long-term work hinges on ensuring a diversity of perspectives and voices are included in the conversations which help shape future urban development decisions.

How much growth is predicted for our region?

Given our region’s projected population growth assumptions of up to 200,000 people in the next 30 years, what do we need to be doing now, to adapt and plan for this growth?  This event was the first in a series proposed to help build understanding about WRLC, Urban Growth Partnerships more generally, joint spatial plans and the FDS, as well as to continue to support a collaborative approach in how we work.

As Director Kim Kelly pointed out, the value in WRLC’s partnership of Crown, Council and Iwi, is largely in the day-to-day relationships that it has supported. She also noted that this partnership approach sets the region up to go well with the resource management system reform.

UDINZ CEO Adrienne Miller highlighted the importance of taking a systems-level approach – bringing the whole urban development ecosystem together to share interdisciplinary insights, and to streamline peoples efforts for greater impact while focusing on citizen-centric outcomes.

Erin Palmer from Kāinga Ora gave an overview of New Zealand’s six Urban Growth Partnerships, of which the Wellington-Wairarapa-Horowhenua partnership is the largest and most complex. Urban Growth Partnerships are required by the Urban Growth Agenda to improve co-ordination and alignment between central and local government and mana whenua in New Zealand’s high growth urban areas, as well as to ensure that government investment in infrastructure delivers connected, thriving and sustainable urban communities.

Key to these partnerships success, are three core aspects: a strong partnership of mana whenua, crown and councils, that enables joint and integrated spatial planning, which unlocks a transformative programme.

A significant part of WRLC’s work programme are the Complex Development Opportunities (CDOs) – also known as Priority Development Areas in other Urban Growth Partnerships. These are large-scale urban projects that have been assessed as significant opportunities to deliver significant housing and other solutions to our region to accommodate projected future growth.

Erin highlighted key housing challenges for our region: constrained land-supply, ensuring the right infrastructure is in place to supply new growth, and some of the opportunities in unlocking the west and east growth corridors of our region, see fig. 2 below. 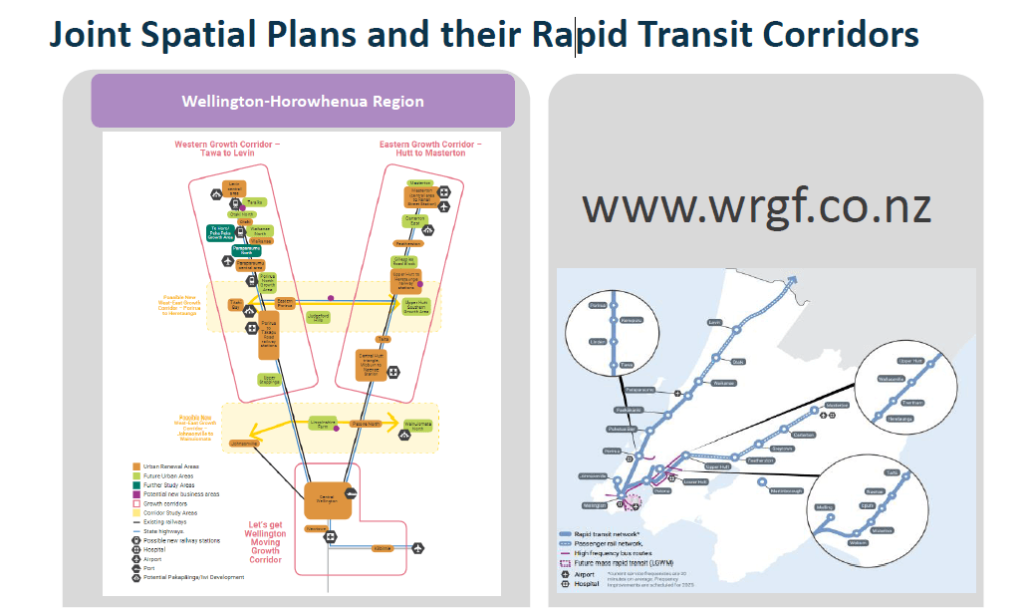 Significant CDO’s and their potential for new homes include Riverlink (1,000), Porirua Northern Growth Area (6,000) and Let’s Get Wellington Moving (Wellington Central Corridor – up to 15,000.)  Riverlink is a good example of the value to our region when we demonstrate a collaborative, joined up approach as a region: Kāinga Ora recognised the potential in this collaborative project and approved $98 million through the Infrastructure Acceleration Fund.

The Future Development Strategy of the Wellington-Wairarapa-Horowhenua Region

Breakfast attendees were also updated on the Future Development Strategy by FDS Project Lead, Parvati Rotherham.  The FDS is a statutory document required under the National Policy Statement on Urban Development 2020 (NPS-UD), and plans for our regions growth for the next 30 years, which includes setting out objectives and policies for planning a well-functioning urban environment.

Attendees were asked, “what does a well-functioning urban environment” mean to you? The results are shown in the world cloud, below. 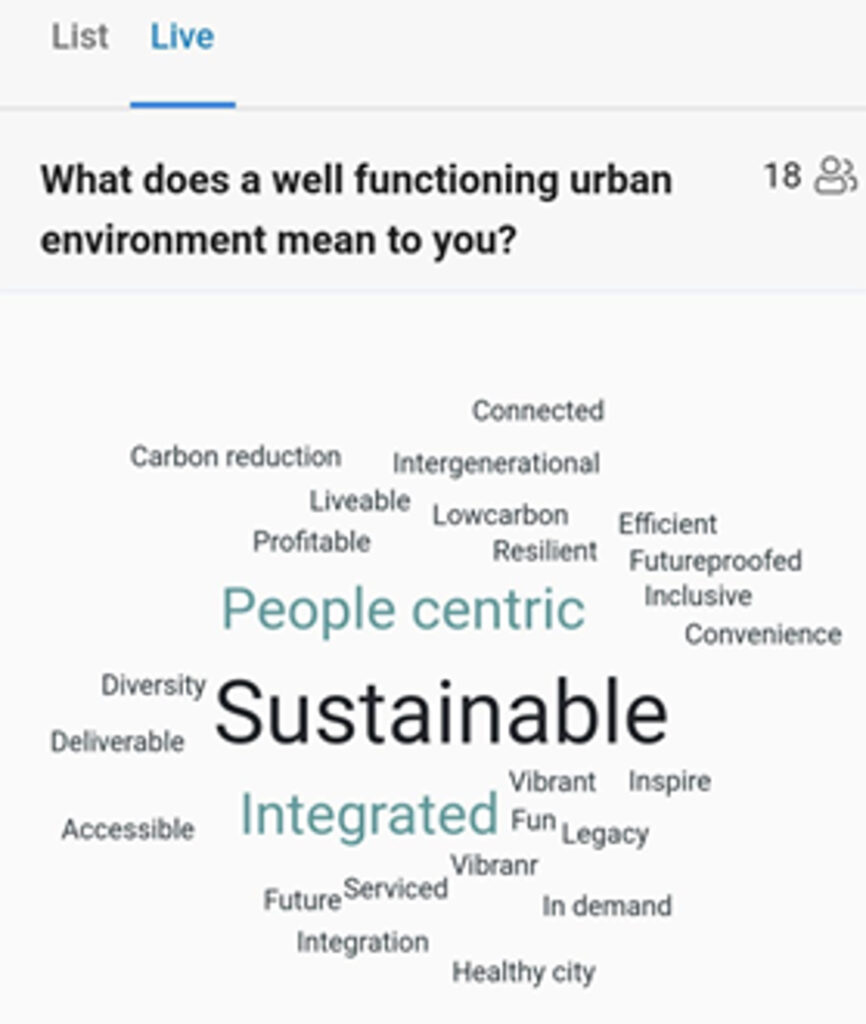 Fig. 1: World cloud of responses to, “What does well-functioning urban environment’ mean to you?

Parvati talked through the working objectives and scenarios being explored in the FDS process.  From approximately February to May 2023, various in person workshops will be held to share mapping and modelling and test thinking regarding the various growth scenarios. The FDS will also go through a full public consultation process in 2023.

When we work together, we all benefit. Finding ways to ensure thriving, sustainable communities is a collective journey, asking us to understand the barriers to – and the opportunities for – working together better. What sort of spaces do we need to create to ensure that all voices in the community are part of the conversation? What processes will support good decision-making?

How can economic development create the kind of urban environments that people want to live in and sustain?